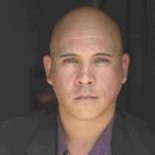 If not redemption then what’s it about? Maybe it’s the appearance of redemption through savage self discipline. Self-discipline and redemption two things I sorely lack, always have and have never much missed. We choose the life we live and live the life we chose. Few of us go through it without full or at least some knowledge of the choices we consciously made. To say that you did you’re either socially retarded or guilty of far worse, lying to yourself. Some of us prefer to ignore reality and many of us lie to ourselves completely as if we had no idea of the truth or consequences of the path we chose. These days my philosophy on life has mellowed quite considerably. Don’t intentionally hurt another and don’t do any harm to myself everything else is wide open.

There are those times I wonder if I made my mark or I am making a difference of any kind  or if it even matters that I leave a mark to be remembered by. Or like so many others am I simply just passing through this thing we call life and taking up much needed space some other sad sap could put to better use to it than I have. Generally speaking I’m not such a self-depracating person but even I have my times. I’ve searched high and low but seem to have lost my ‘I give a fat fuck what anybody thinks’ card a long time ago. I’ve made my share of mistakes and then some. So many mistakes I can’t even begin to count them much less openly admit them to another person and rightfully expect any sort of understanding or empathy from them. But I have lived and there is a huge difference between living and being alive. Some people experience life while others have life experiences. With really living there are always stories to tell, good ones and well, not so good ones. That said I much prefer living over being alive any day of the week. We all gotta go sometime right? Unless we eat a bullet, swallow a bottle of pills or unduly abuse ourselves in some other fashion we don’t usually have a say so in how and when we will go. We just go.

When I look around so many are gone while others are slowly leaving me. So many I’ll never see again and it bothers me even though every know-it-all counselor and therapist says it shouldn’t or that I should just simply move on the best I can. Well all I can really say to them is “hey fuck you” and then move on. I miss a lot of people, admittedly some more than others, some who have saved my life, some whose lives I saved. Some where  good people while others no so much so and then there’s others who were just there while I experienced living life. I learned something from them all. Sadly many I know never go easily or the right way whatever the fuck that is. No, they go hard and they go fast, down in flames, burning any bridge they cross some intentionally so others quite accidentally.  Most of mine went either by their own hand or badly by another’s. That’s just how it goes I suppose. They all had a story and have all been a part of my own story. One would think considering much of my own personal history I would be uniquely prepared for this part of life. One would think. But who is ever prepared to arrive at this station in life certain of anything in a life that has been so uncertain. Who has any idea what the next move is and where they may land when one finally does come to rest.

For me it’s never been a slow, cautious wind down, coming to an easy rest. No it’s always been a balls out crash bang right into the proverbial fucking brick wall. That has always been how I stopped doing something when I needed to. It’s never been any other way, nor would I have it any other way. Any other way is simply too goddamn boring. I’m passionate about life and most everything I do. I’ve found my passion in my pain, hardships in my life experiences and my comfort in the void and I’m okay with it. It’s always been about the journey never the destination. I’ve sought out life experiences and as often landed in the middle of them quite accidentally. Some have been positive while others have been quite nefarious in nature but they have all contributed to a life filled with no dull moments. Sure there’s always gonna be a better, safer way. But what the fuck then where would the fun be? Yeah I’ve lost a few too many and I’m feeling it alright. I’m running out of interesting friends, I think it’s time to start cold calling people.